Astronomy Domine is currently being built around PyEphem, with optional support for Pyswisseph.

Pyswisseph is based on the Swiss Ephemeris. This is based the newer:

We performed a comparison of the two libraries, and note the following:

We then examined each library’s predictions for the position of each planet on the ecliptic between 2000BC and 2000AD.

Overall, Pyswisseph seems to be the superior library, and PyEphem the easier one. Currently Astronomy Domine can make use of both libraries for all of its calculations.

For the record, the results are shown below. In all cases, the x-axis is the year, and the y-axis the difference in prediction of position on the ecliptic in degrees between the two libraries. 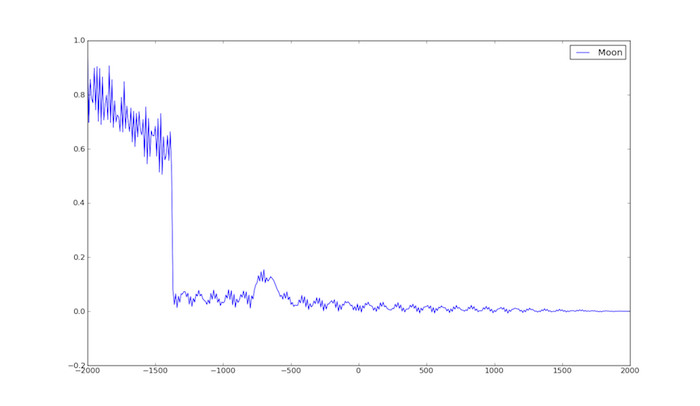 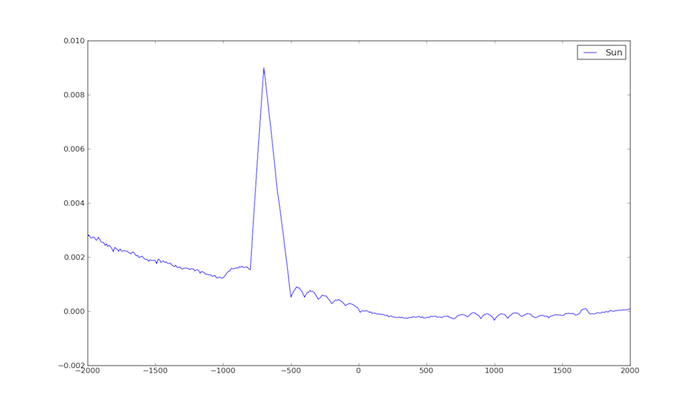 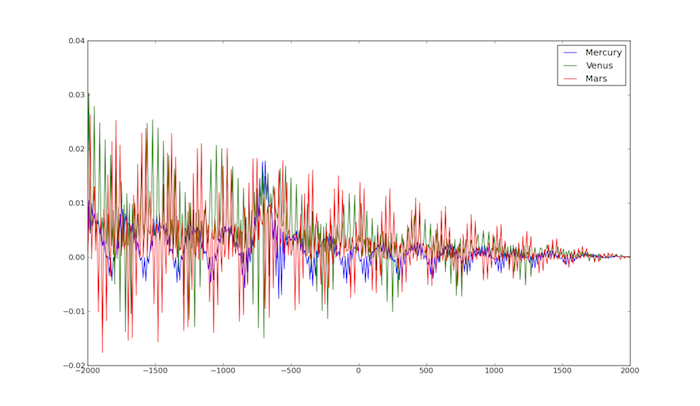 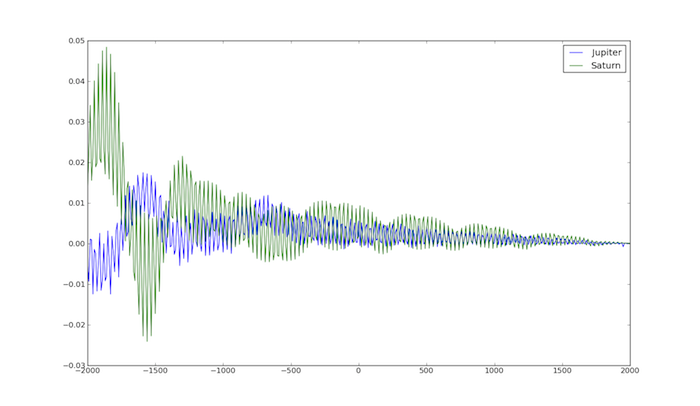 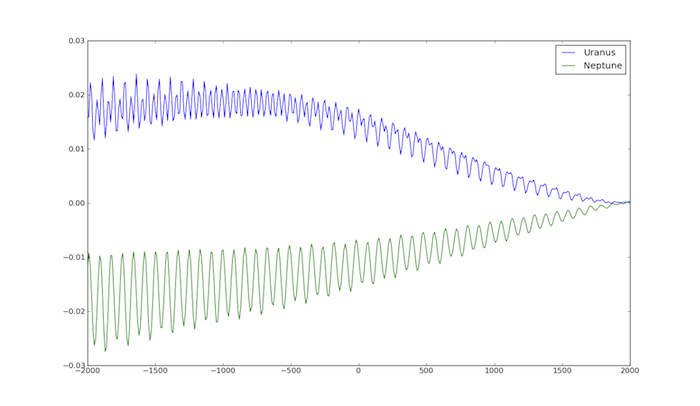 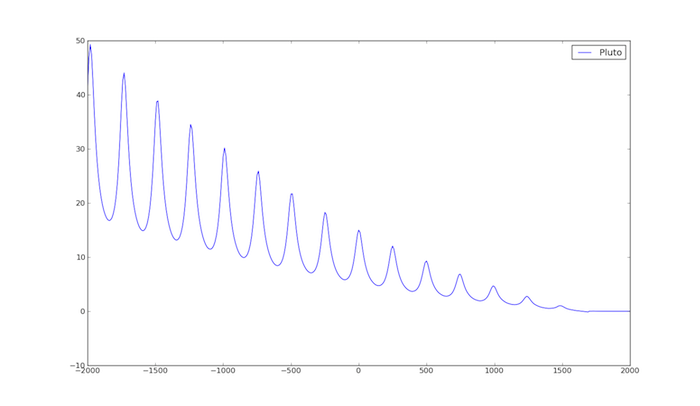